An epic journey and a foundation myth of Ireland

In regard to the beliefs of the ancient Irish about their origins what we know is that we don’t know.  Whatever nature origin legends there may have been did not survive the arrival of Christianity.  What we do know, however,  is that these origin questions were important to them.

What does emerge from literary and historical sources is a series of settlements of “people who come from somewhere else” often fleeing hardship, wars, floods.  This foundation mythology is captured in a collection of stories put together in the late eleventh century, Lebor Gabála Érenn, “The Book of the Taking of Ireland”.

The first arrivee was Cesair, fifty women and three men including her partner, Fintan MacBochra.  She arrived after an epic journey that started in East Africa, in Meroe and travelled all the known world.  In some versions she was refused a place in the Ark.  In a sense the first arrivee was an outcast, and her myth was that of a “Not Chosen” people.   We also told a version in which Cesair and her people were the ‘great founders’ of Ireland – its first people.

The first arrivee brought a formidable woman and the ‘mothers of the world’.  Imagine that she was informed by the wisdom of knowing the Myths of all the Known World in the various cultures she passed through on her epic journey. 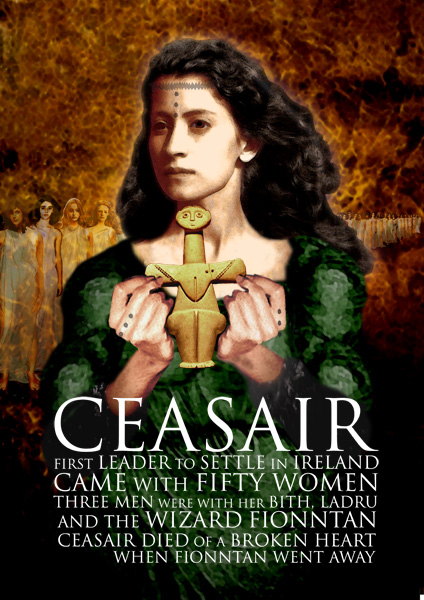 Here are some of the most significant connections and insight from participants collected by the Bard team after the storytelling:

Connection 1 – The Flood as a Primal Mythic Moment
Myths have frequent recourse to a primal moment .  These are events or happenings that affects everyone in the society and which they remember for a very long time.  In the case of Cesair and her people it was floods as their primal moment.  Today it is a ‘virus – Covid 19’ but both are primal world shaping moments and times.  A war whether external or a civil is another typical primal moment.

Connection 2 – Difference between the Versions
The participants observed how little you have to do to oral story to fundamentally change its meaning fundamentally.  In one version Cesair and her folk are the ‘great founders’ of Ireland as its first arrivees.  In another version (based on old texts) the Cesair party are essentially ‘outcasts’ in that they are not allowed on Noah’s Ark.  Each version has very different meanings and identity value.  Which do you prefer to tell and believe is an important question. 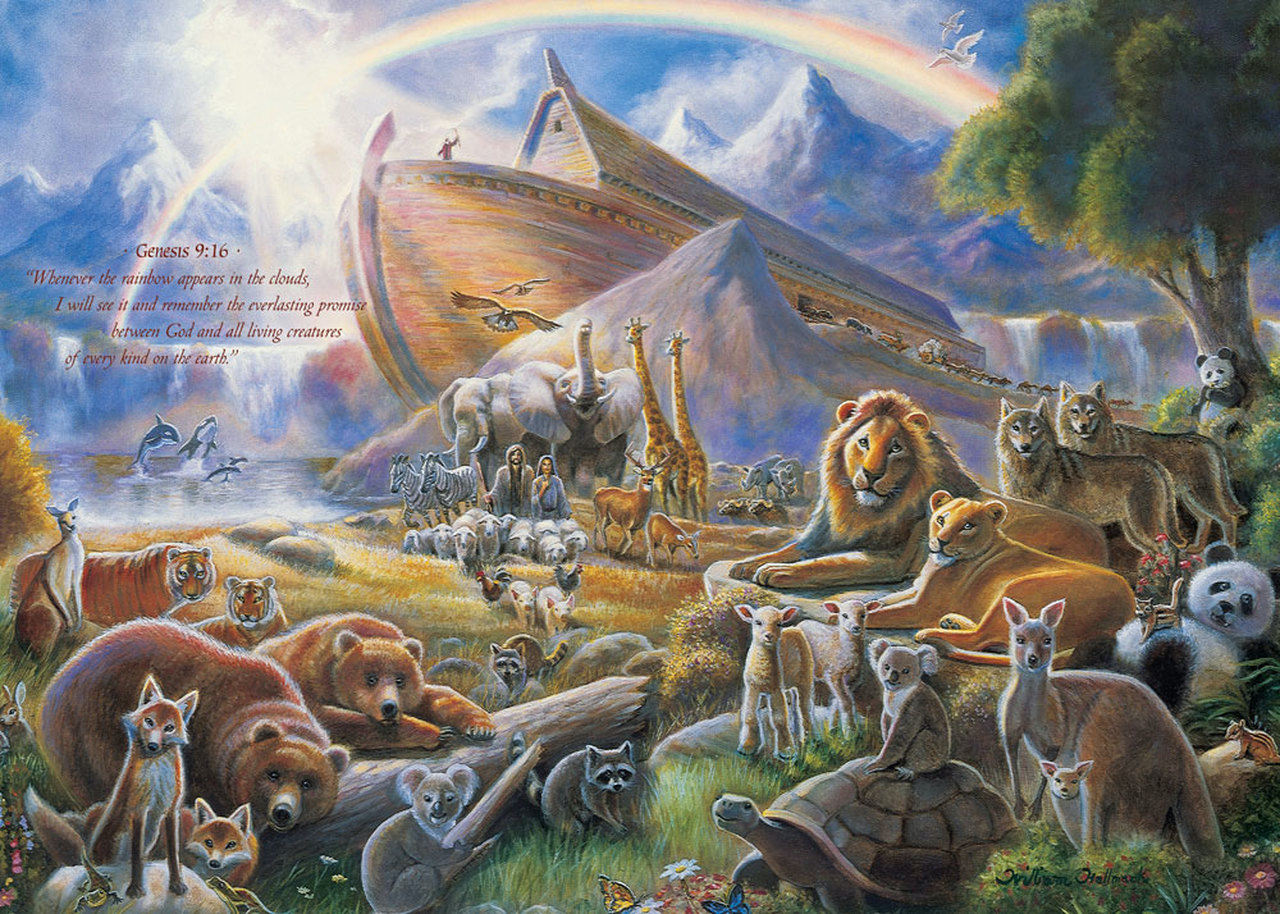 Connection 3 – Why do we not know this story?
Every time the Bard team tell the Cesair story we find there is little knowledge among the public of the story.  The Bard Global Survey confirmed this lack of knowledge.  Participants ask why?  Was this founding myth of a strong woman and her accompanying 50 ‘mothers of the world’ effectively written out of history?  Did the monks or other Christians seek to marginalise it

Connection 4 – An Irish Dreamtime
The aborigines have the idea of ‘dreamtime’ where they essentially imagine (dream) a world into existence.  Given, as outlined, there is little knowledge of this story.  It obviously offers itself as an alternative creation myth – perhaps of a people who came from somewhere else?  To embrace this epic story could mean a people changing the story/myth they tell about themselves.
Myths, if they are implicit or unconscious drive us though we don’t know it.  To become conscious of the myths we live by is to gain agency.  It is about an individual or a people owning the myths it lives by.  A people can change its identity and its myths.  And to do so is to create a dreamtime – an Irish dreamtime.

Connection 5 – The Gendered Aspect – Women/Goddess
One of the connections and insights made was that this is a ‘women led’ venture and one in which women are dominant.  The new religion, Christianity had its own ‘myth of origins’ to propagate, an intention to repudiate the old gods.  It was also a patriarchal religion.  The Bard participants were of course acutely aware of the gendered aspects of this story.  And many inspired by the obvious gender of the key protagonists!

Connection 6 – Parallels with Greek Mythology
There is an obvious parallel in Greek Myth with the great sea journey of Odysseus and his companions back to Ithaca from Troy.  The obvious differences being the sheer length of Cesair’s Journey (is it ten times as long?) and the face of it being a new start rather than a journey home as in the Odyssey.

Connection 7 – Archetype of the Mother

Cesair as the archetype of the mother as creator, founder, protector, nurturer and source of strength was noted.  At the same time Cesair is not a typical ‘maternal’ mother but rather one with a very strong sense of agency, independence and purpose.