Wave 4 – The Settling of the Manor of Tara

A foundational political structure: distributed power and the fifth province

The tradition was that the High King of Tara had to throw a feast for all the people of Ireland every three years.  It lasted seven days and seven nights.  What a way to ensure friendship and cultural unity?

One year King Diarmuid mentioned that he was considering reappointing “The Manor of Tara” – today we might call it a reorganisation.  The people said they would not eat until this matter was decided.

Diarmuid wanted advice and sent out for the wisest man he could think of, Fiachra.  He deferred to someone wiser, who also deferred, who also deferred.  Finally Fintan MacBochra was called.  Fintan though known had become marginal.

Fintan arrived to a great welcome to spell out the ‘settlement’ based on the idea of ‘cuige’  provinces.  This was the four (Munster, Leinster, Connacht and Ulster) that is five (the fifth province).  He also spelt out the qualities and gifts of each province. (See the diagram below).

Here is a mythology of distributed power and the idea of the sacred centre – the fifth province.  It is a political structure with global resonances, especially in India and other parts of Asia. 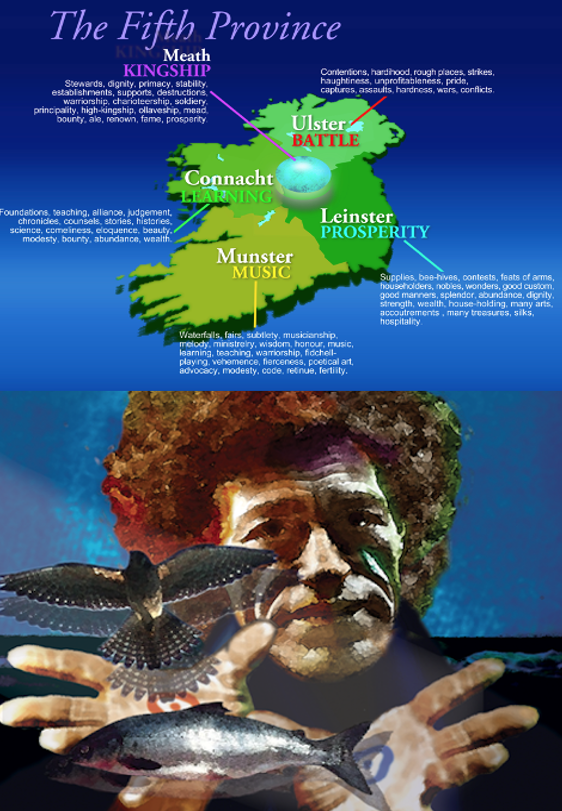 Here are some of the most significant connections and insights from participants and collected by the Bard team in the breakout groups and the large group discussions.

Connection 1 – Nothing has changed!
When the ancient model and framework was shared, along with the various qualities of each of the provinces and their attributes (Munster – Music, Ulster – toughness/wars, Leinster – elegance/prosperity, Connacht – wisdom) there was a collective feeling that the scheme and the qualities have not changed despite the passage of thousands of years.  In modern parlance, the operating system remains the same.   The Ancients had set something in place that was to last.

Connection 2 – A Mythology of Power – And its Right Use

The Five Provinces model can be seen as a Mythology of Power, in which real power is vested in the people, in the local, supported by the fifth province idea but led and inspired by those with the greatest wisdom and memory.  Precedent, tradition and memory seen as very central.  Reference was made to the Citizens Assembly and its role in the recent successful referenda as an example of a fifth province thinking and approach in action in modernity.

Connection 3 – The Centre’s Balancing Role
The image of the two kidneys from a beast as a chosen body part for Tara and Uisneach had strong resonances for participants especially in its ‘balancing’ role in the body.  It felt very significant that it was not the head -r the heart – the usual suspect!  The fifth province/centre’s role in this context is not command and control but rather balance and coordination, not power over in a hierarchical sense but ‘power with’.  Insight from participants was that in a present day context, the banking crisis, climate change and Covid 19 were seen as a consequence of going against the natural state of the world and violating the ‘Fifth Province’ for private gain.

Connection 4 – Global Echoes
Symbolic numerology and compass directions have parallels in the thinking and cosmology of other cultures.  For example in the Nature American tradition compass points reflects different qualities, in China certain numbers are assigned qualities.  This places this ancient Irish thinking within a global context with echoes from indigenous cultures around the world.

Connection 5 – Ollamhship, Wisdom and the Law
Wisdom was seen as central but it was a result of having a depository of information, a compendium of story/myth and that it was held by the Ollamh (highest rank of fili) and included a shared legal system of laws.  Each person knew where they stood in regards to the laws and each had rights and responsibilities.  These principles were felt as very relevant and interesting. 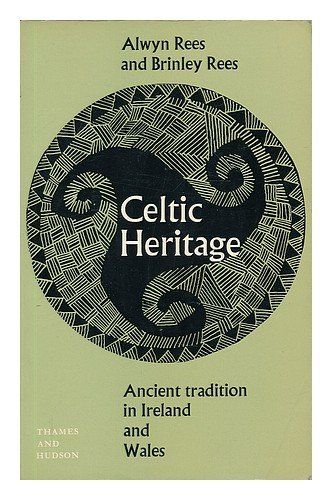 Connection 6 – The Attributes of Ulster
One of the areas of contention that has come up in these discussions of the Five Province Framework is the attributes associated with Ulster.  Firstly the main descriptor is battle followed by contentions, rough places, strikes, captures, assaults, hardiness, war, conflicts.  These are not descriptors that would be called “good” in modernity.  Some participants felt that these, while maybe having some truth, were overly harsh on Ulster.  That in Ancient Ireland that these were not necessarily negative or that fighting was an escapable part of human existence did not address the overall concern regarding the portrayal of Ulster.

Connection 7 – A Vision of Leadership and The Fifth Province
What is laid out in this framework was felt to be a unique description of leadership/kingship as convening power and a facilitative style of Kingship.  The idea being that the Fifth Province is a view from a height over all the provinces at once, with the fifth reaching openly in and out of all with no hard boundaries.  Importantly the view from a height did not mean superior, rather different.  The collection of judgements, history, story, science from all the provinces to collaboratively bring people together and distributing this out to the benefit and dignity of all was what was understood, and positively understood.  The contrast between Ireland’s handling of Covid 19 as a marked contrast to how England had handled the virus was pointed out.

The main source used in this retelling is that of RI Best in Ériu 4 121 – 137.  Emmet’s adaptations are outlined above.