Articles Tagged with: fintan and the hawk of achill
Home / Blog Archives

Wave 3 – Fintan and the Hawk of Achill

Shapeshifting and the Shamanic

In the colloquy of Fintan and the Hawk of Achill we have a dialogue between a wonderful shamanic figure who has lived for 5500 years and a hawk who has lived as long!  The dialogue takes place just before they die.  These two, human and bird have seen it all.

In this story we hear of two more of the “Three Wisdoms of the Irish”.  If Cesair brought the synchronic perspective of knowing all the mythologies of the world, Fintan brought diachronic second wisdom having lived for so many years.  The final foundational wisdom is the ability to shapeshift, an important shamanic gift.

We learn that Fintan had been variously salmon, eagle and hawk.  This third wisdom, shapeshifting, means an ability to see the world from anothers perspective.  In this story it is the perspective of the animal kingdom.  But someone with this skill can surely apply it to the human world – and shapeshift to understand others, understand enemies.

This story gets closest to offering echoes of a Mesolithic (2000 BC – 4000 BC) before the emergence of a Neolithic culture.

We also had a powerful presentation from Chaobang Ai, on his experiences with Shamans in Guyana and the Philippines and the connections between this story and the stories/myths of indigenous peoples around the world. 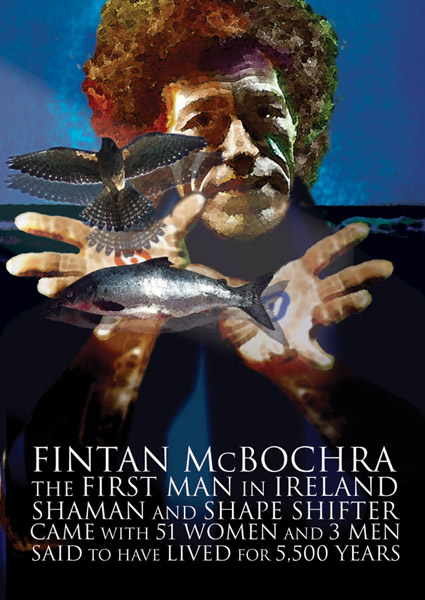 Here are some of the most significant connections and insight from participants which were collected by the Bard team in the breakout meetings and the big group sessions at the event:

Connection 1 – Mythic History from the Hawk’s Perspective
There was clearly an impersonal, detached quality in the hawk’s reflections in the dialogue with Fintan.  Was the hawk being sadistic, or bureaucratic and simply doing what a hawk does?  Was the hawk relishing in the bloodiness of a battlefield or simply fulfilling what a bird of prey does in its cosmic and transcendental role in recycling the dead (warriors on the battlefield) and reintegrating them into nature.  Hawks, it seems, don’t do compassion or sentiment!  Fintan on the other hand did bring some compassion to his telling!  The contrast was very clear.

Connection 2 – The Ecological Role of Birds
From the perspective of the narrative it was easy to see the ecological importance of birds, especially birds of prey in playing an important role as recycler.  The hawk was detached from the personal or tribal sentiments.  From here it was possible to appreciate their role in the greater good in regard to nature and the natural world.  So what we as humans might see as a cruel detachment could also be framed as ecologically positive.

Connection 3 – The Ecological Role of Birds
In the colloquy both the hawk and Fintan have lived for thousands of years.  They have seen the entire ‘mythic history’ of Ireland.  What this clearly spoke to was an extraordinary wisdom and insight.  But as listeners we were left with a feeling of the loneliness that goes with an extremely long life.  It means the guaranteed and repeated loss of everyone one knows. This sense of loneliness also had strong resonances with people in the Covid 19 context with people having to deal with the deaths of people close to us and also large numbers of people dying alone in care homes and hospitals.  That shared loneliness acted to bring Fintan and the Hawk together at the end despite prior antagonisms in a deep understanding and companionship.

Connection 4 – The Fighting and Bloodshed
There was, it seems, considerable amounts of fight and bloodshed in the two shared stories.  Or is it that these are the stand out moments in a mythic history?  Were the Irish always fighting?

Connection 5 – Shapeshifting and Oneness with Nature
The shapeshifting of Fintan who told of his time as salmon, hawk and eagle was felt as a meditative journey but also in a current context, was felt to be relevant to how lockdown gave rise to new rituals and ceremonies (including the Bard sessions) that help us to remember how it is to be human.

Connection 6 – Circularity of Life
Connections made to the circularity of life being from death to life to death whether it was for Fintan or the Hawk or individuals or communities or even Ireland as a whole.  Unlike the linear rational thought of Greco Roman culture this world view is far more circular. 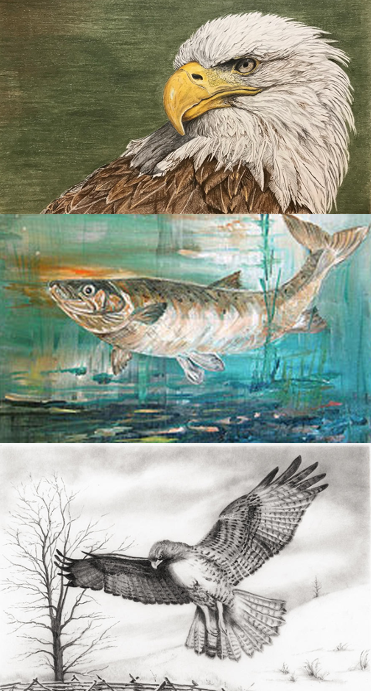 Connection 7 – Encounters with Shamans
The pursuit of shamanic energy and experience was valued but how could it be the real thing as opposed to New Age type stuff which misuse language and symbols.  Discussion took place on the impact of the Catholic Church and modernity on the shamanic values.  In Irish myth the connection with the Cailleach and the negative branding of shamanic elements as “witches” etc.  Reflection on the loss of the shamanic experiences and indigenous communities around the world was expressed especially in relation to Chaobang Ai’s recounting of meeting shamans with indigenous people in Guyana and the Philippines.