The Embracing of the Shadow (Kissing the Crone)

Niall is a King of Tara.  This is a story of a moment where mythology meets history.  The precise date of his death is felt to have been around 450 AD. His name Noígíallach means nine hostages which meant that he had hostages from nine septs in the kingdom.  He was the first of a long dynasty of kings, the Uí Néill as we move into the historical period.

Niall’s father was Eochaid by Caireann.  But the legal wife was Mongfind who had four more sons by the King.  Mongfind treated Caireann like a slave and in the pattern of ‘hero’ stories the baby Niall was born in the open and then abandoned.  The poet Torna, picked him up and reared him.  He could see Niall’s future role as a great King.

Torna brought Niall to Tara when the time was right.  Niall saw to it that Caireann, his mother, was treated honourably.  He clothed her in a purple robe.  From slave to queen was what he ensured happened!

The Niall story is highlighted by two tests.  One is the fire at the forge of the druid smith, Sithchenn.   He sets the place on fire.  The four brothers emerge with what they could grab.  But it is Niall who emerges with the anvil – an object on which many other objects can be made.  He then is proclaimed the greatest.  The second dramatic test is the encounter with the ugly hag/crone as the brothers seek water.  It is only Niall who is willing to kiss the hag, embace her and be with her.  She is sovereignty and transforms into a beautiful girl.  This again reaffirms the Kingship ideology of King sleeping with sovereignty – the land. 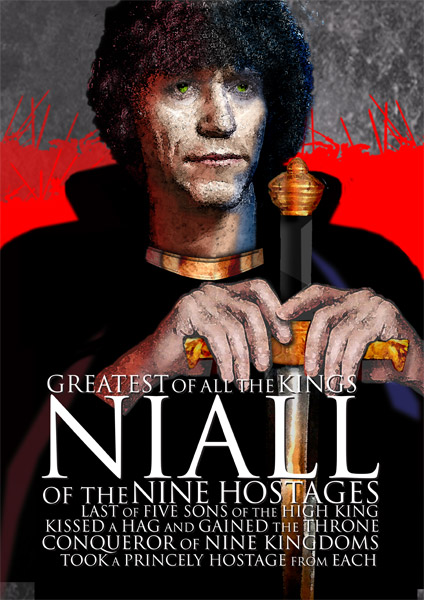 The Bard team collected some of the most significant connections and insights from participants at the immersion.  They are from the breakout groups and the large group discussions.

Niall’s father is extremely passive in the light of Mongfind’s treatment of Caireann.  She treats her like a slave!  The comments made were in the context that with her vicious behaviour of which he could not have been ignorant.  But he did nothing!  Did he feel guilty on his encounter with Caireann.

Connection 2 – The Test at the Forge

The symbolism of the fire at the forge was a source of rich debate.  Clearly the anvil represented the King as a creator of things with an enduring prosperity.  In contrast the kindling from the forge (representing fire) represented the impotence of the transient.  The other items selected were human made instruments whereas the kindling was not.  Was this a penalty for seizing that which is property gifted by the land.  This has echoes in the Cormac MacAirt story with the thatched cottage where the roof is blown away by the wind. 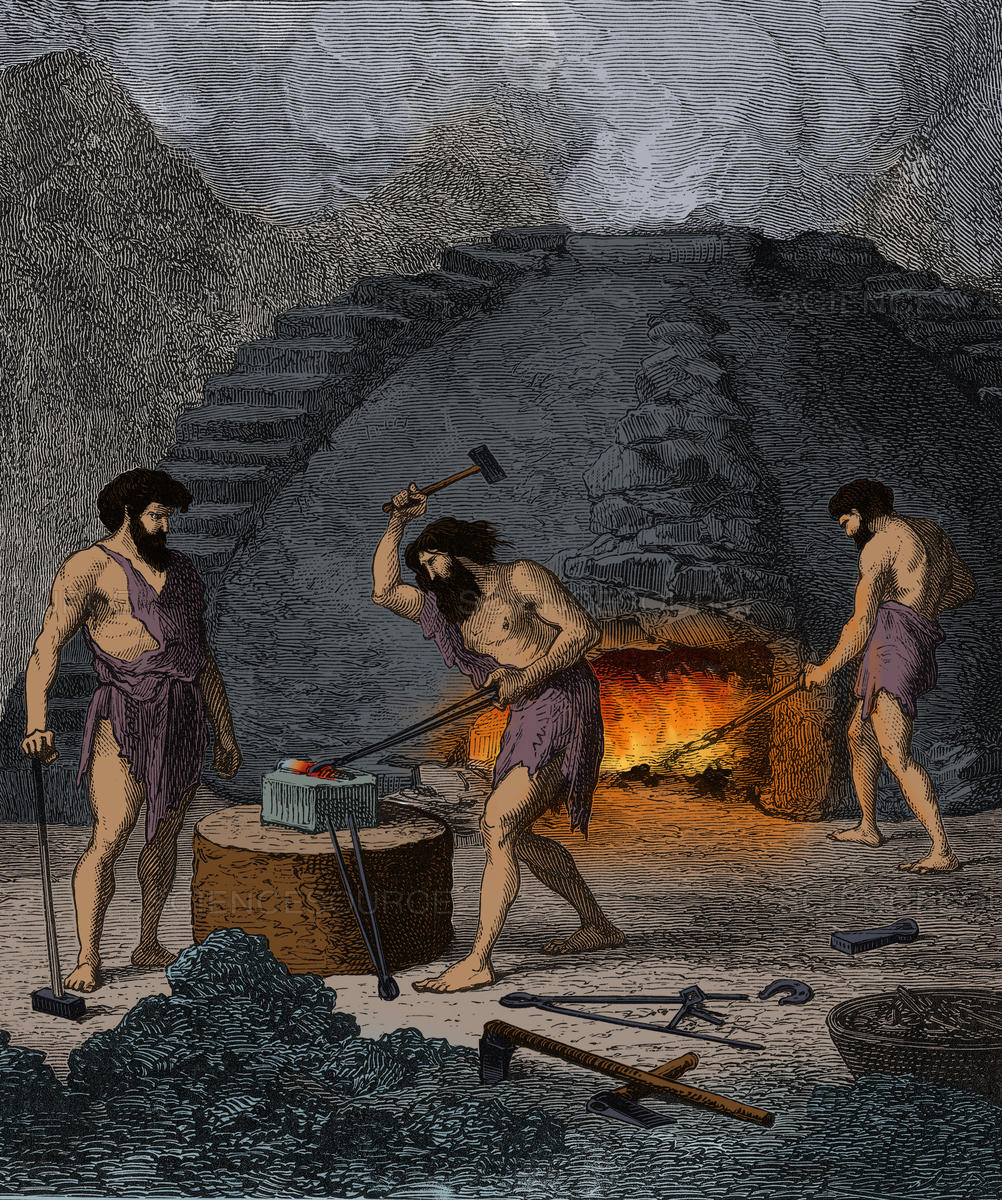 Connection 3 – The Beer and its Symbolism
One of the items/objects selected by one of the brothers was  beer.   Participants speculated on the symbolism and meaning of beer from the forge.  Did it symbolise science, beauty or fun and relaxation?    It was suggested that there was as broader, deeper and more complex relationship with beer than in the present day (health and hygiene, economy and artisanship, a mead/beer hall!).

Connection 4 – Symbolism of Water
Water plays a very important symbolic role in the story.   Niall’s mother Caireann, is tasked with carrying water, and then later water is what the brothers are searching for when they encounter the hag/crone and it becomes a symbol and medium of choice of Niall as the King.  The water symbolism is contrasted with the fire symbolism – the fire at the forge.

Connection 5 – Kissing the Hag
The encounter with the hag in the pursuit of water is a central moment in the story.  This reflected, for the group, the concept of sovereignty as “marrying the land”.  The hag as a Triple Goddess figure and Kingship as being a contract with the other world.  Niall’s engagement with the hag suggesting he fully grasps this role in its wholeness.

Also important in this story is the idea of “journeying through the shadow” with echoes of the psychology of Jung and Freud and of the writings of Dante.  The shadow for Jung was those aspects of ourselves that we deny and then project out on to others.  Individualism for Jung was in part about re-owning the shadow. 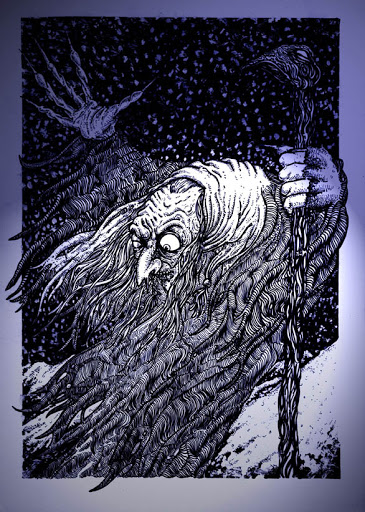 Connection 6 – Kingship – Treating People Well
One of the notable characteristics of Niall is how he treats the marginalised, the rejected, the outcast.  This is firstly in the case of his mother, Caireann, who Mongfind has treated as a slave.

But it is also in regard to the old hag/crone.  He is the only one of the five sons willing to kiss her. 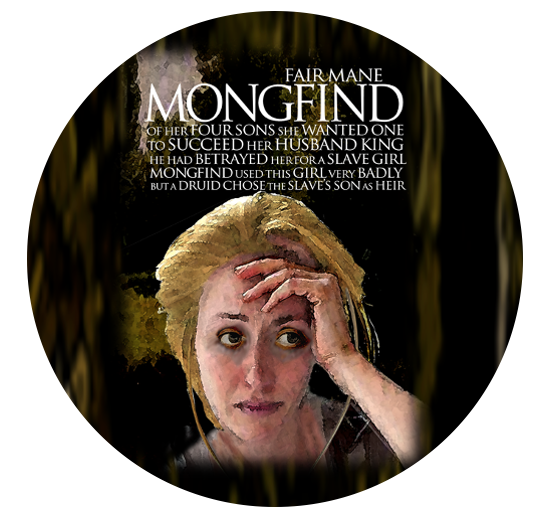 Connection 7 – The Substance of Kingship
The contrast was made between the present day dominance of appearances and stereotypes in politics.  The qualities of Niall are looking beyond to more complex and subtle truths.  The depths of King wisdom suggested here, were to provide the political justification for the power of the Uí Néill kings who were to last into the next six centuries.

Finally the comment was made that myth as something that never actually happened yet is always happening!

And the Constraints of the use of Power

Conaire Mór was one of the great mythical high kings of Ireland.
His reign ushered in a remarkable period of abundance, happiness and good fortune.  What we learn is that this is a result of an alignment in the early part of his reign with the forces of the otherworld.  These are articulated in the geasa (restrictions, taboos) and buada (gifts and responsibilities) of Conaire’s Kingship which are respected.

What happens is that his Enflaith (or reign) which Moriarty described as “the bird reign of the once and future king” was initially exemplary.  However, it all starts to go wrong and things start to unravel.  What happens is Conaire breaks one of his geasa when he is asked to make a judgement over the forbidden act of diberg or plundering.  He favours his foster brothers over the other plunderers and orders a farmer to kill his son according to the law/custom.  Conaire only exiles his foster brothers.

This story of which the principal text is Togail Bruidne Dá Derga (The Destruction of Da Derga’s Hostel) tells of the demise of Conaire as he breaks geasa after geasa before ultimately coming to a grisly end as the foster brothers return with helpers to cause the demise of him and the hostel.  It is, in essence, a cautionary tale.

The story is an excellent opportunity to explore and understand the ancient ideology of kingship: the role of the otherworld at key ritual moment such as birth, the constraints on power in the form of the geasa, the role of the natural world in the fate of the king, the concept of Fir Flathemon, a ruler’s truth, the way the natural world reflects the behaviour and actions of a king.  Wasteland or abundance is tied up to the practice of Fir Flathemon and the adherence to the constraining geasa. 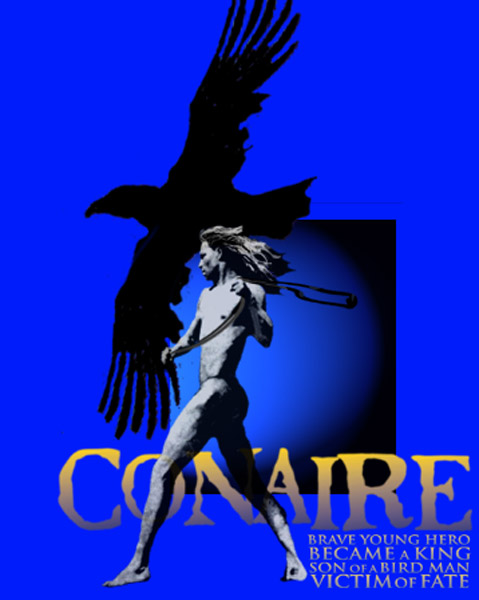 Connection 1 – Extraordinary Pressures on a King
What was apparent was the extraordinary pressure Conaire Mór was under as King.  This was especially when asked to choose between his beloved foster brothers, now plunderers, and the cultural imperative that they be put to death.  Conaire fails this test, breaks the geasa and the downfall begins in a comprehensive and unforgiving way.  Essentially there is no place for nepotism in this ideology of kingship.  Participants put themselves in Conaire’s position.  They ask could they put the demands to honour law and custom over family?  This is an extraordinary pressure.  For many they would not want that kind of responsibility.

The marked contrast between this Ancient Irish Kingship ideology and the Trump presidency was noted.  It was apparent how the 45th President has frequent recourse to nepotism both in terms of his family and his benefactors.  The concept of geasa highlights an almost sacred bond between King and his people bound by certain rules.  Break the rules, the geasa and you break the bond.  Things will unravel. But Ancient Ireland was a culture that had shared values around kingship.  They share a common mythology. 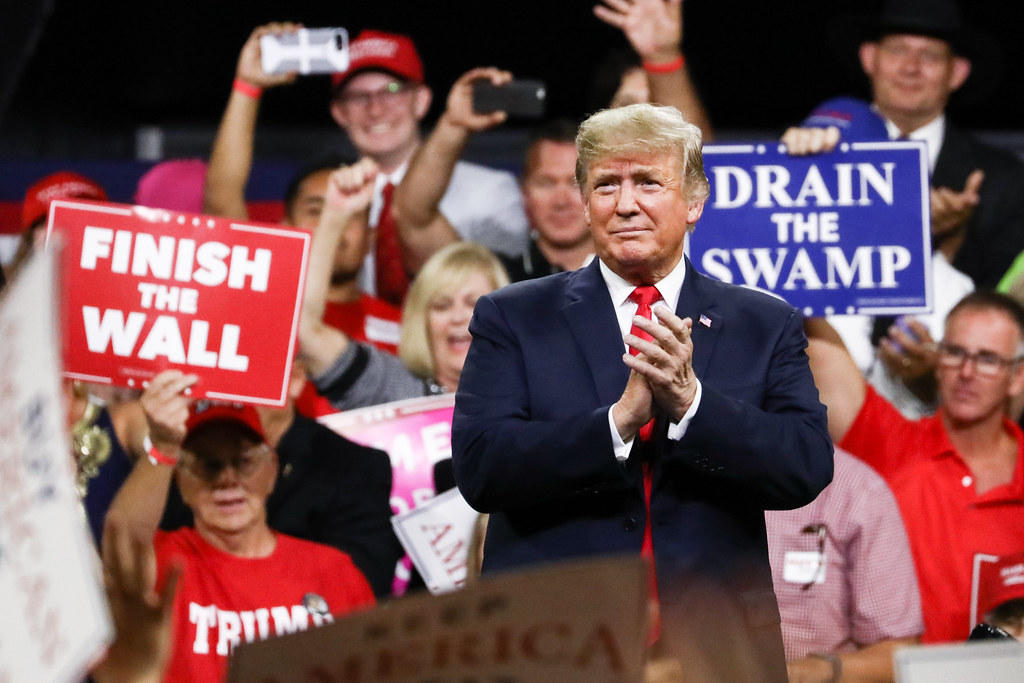 Connection 3 – The Good King Question
It was clear that the matter of what is a good king is inherent in this story and indeed the other king stories (Cormac MacAirt, Niall of the Nine Hostages, Labhraidh Loingseach).  This remains a live and eternal question in all societies?  What the Conaire Mór story offered was an image of an ideal king. When things started to unravel it became a cautionary tale.  How does contemporary kingship stand up was a natural question.

Connection 4 – Travelling naked to Tara
The image of Conaire travelling naked to Tara suggested to participants the idea of a new start, a transformation of culture with new knowledge.  It also represented a willingness to show vulnerability in the “once and future king”.  This is the King that brings a childlike perspective to the task, sees things that others see but don’t say. 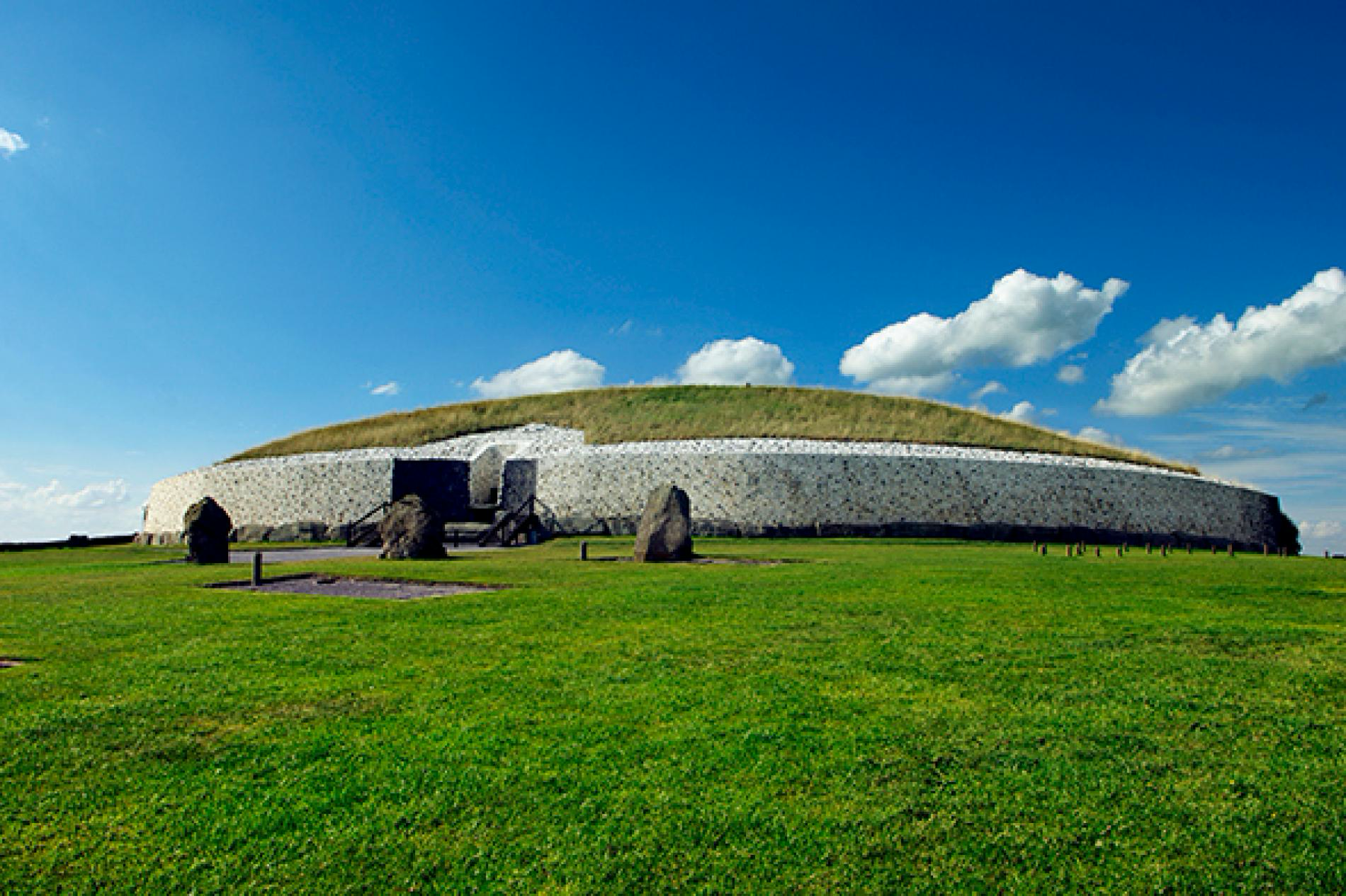 Connection 5 – Knowing Culture, Representing All
In a way the Conaire story highlights the centrality of the King knowing the culture and acting out of that knowledge and its rules.  Conaire in his judgement clearly moves away from his culture’s rules and is no longer representing everyone.  He is favouring his family, a small subset of culture.   It is culture that shapes the ideology of kingship and that culture is shaped by the shared compendium of stories.

Connection 6 – The Unforgiving Nature of Kingship
One comment made was how unforgiving is the story of Conaire.  He makes one mistake, but there is no way back.  It is as if once things start to go wrong a chain of events is set up in which there is no return.  Observations were made as to recent ‘collective scapegoating’ incident in politics.  When things go wrong, they really go wrong.  But as a listener it is hard not to feel some sympathy for Conaire.  The question was asked, is there any place for forgiveness in Irish Myth

Connection 7 – Checks and Balances, Constraints on the Powerful
Participants reflected on the balances and constraints there are in the myths as restrictions on the use of power by the powerful.  In this case it is less an ‘institutional’ constraint such as the separations of power in a democracy between the executive, legislative and judicial branches of government than a body of myths that provided a cultural set of constraints.  The checks and balances are more cultural and embodied in the ‘lore’ more than the ‘law’!

It is almost as if the role of the poet/bard acts as the custodian of the stories which acts as the ‘cultural glue’ and as a balancing force around power as practiced by the king.  The notion of Tara/Uisneach as described by the symbol of the kidney captures the same idea