The Hero outside the Tribe

This  story is told by one of the Fianna, Cáilte Mac Ronain who highlights the nature of the Fenian tradition.

It was of a King of Ireland who died leaving two sons.  They decided to divide Ireland between them. One chose all of the valuables, the goods, the herds, the jewellery, the forts and towns and the other chose all of the cliffs, rivers, nuts, fruit, salmon and wild game.  The noblemen to whom the story was told exclaimed that this was a very unfair deal!  Cáilte’s reply was that the story showed the two kinds of men there are, some that value the first half of Ireland and some that value the second.  Each felt they had the best deal but it was only the second kind of man who would be happy in the Fianna.

After Fionn had successfully recovered his father’s precious Oxter bag, it was decided he should be installed as the leader of the Fianna.  So they set off to Tara to present him to the High King.  Now it happened that they arrived at Tara on Samhain eve. It was an important time when the High King was preparing to put on his Samhain feast. This was his tradition every year, but for the last number of years, something dreadful would happen at this feast. Every year, the men sitting around the table would fall asleep, and when they woke, the High King’s hall would be on fire.

Finn Mac Cumhaill decided that he was going to do something about this. He decided that he would stay up all night to see what was going on. He made sure he would not fall asleep by standing with his head rested against the tip of his spear. Every time his head nodded, its weight would press into the spear’s point and wake him.

First, he heard an eerie song of great sweetness. All the men in the hall fell asleep at the sound of it, but Fionn managed to keep himself awake with the spear.  He saw a hillside near Tara, on which was a fairy fort, open up, and a magical creature emerging from the earth. It was singing a sweet song, and its breath was fiery. When the creature approached Tara, Fionn doused its fiery breath with his cloak, and raced out to fight with it. The creature retreated back to the hillside, but just as it reached the fort, Fionn Mac Cumhaill struck off its head! The hillside started to close, so Finn stuck his hand in to try and keep it open, but his thumb got stuck and he had a hard time to pull it out!

The people of Tara woke up, and there was great rejoicing when they found that the hall was not on fire around them, and the Fionn Mac Cumhaill had killed the terrible fiery beast! The High King praised him, and Goll Mac Morna gave up his leadership of the Fianna to Fionn. Each man of the Fianna put his hands in the hand of Finn as a token of loyalty, and in this way, he became their leader. 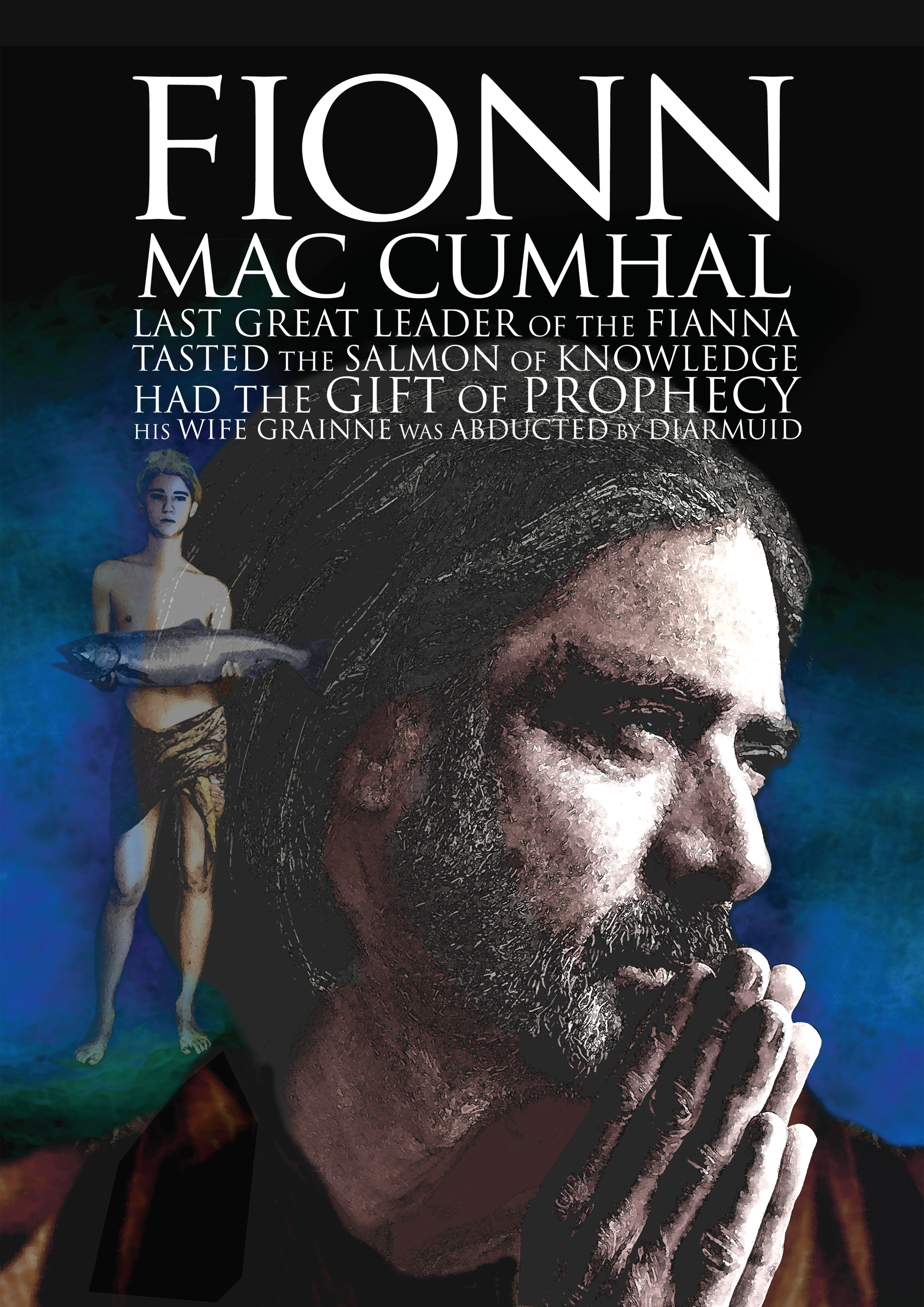 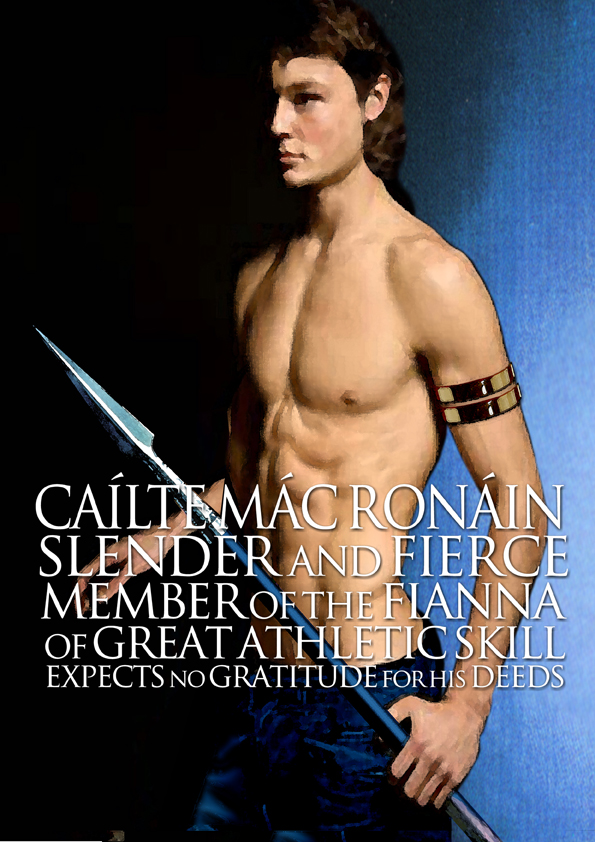 Oral storytelling is always heard in terms of today,  we learn from anthropologists.  In this spirit, here are some of the connections and insights collected from participants at Wave 2 of Nine Waves Immersions II.

Connection 1 – The population falls asleep as danger approaches
The magical creature that sends everyone to sleep was felt to be ‘sharply pertinent’ in the circumstances of today.  Obvious connections were to the songs of ‘patriotism, democracy, liberty, freedom’ which can lull people into a blind unconscious, cult like following.  Others take on the ‘sleep’ of the citizens in that it is despair, disempowerment and lack of time, energy or resources to organise and participate meaningfully in the local or national. In short, we collectively fall asleep!

Connection 2 – It is the King’s Hall that is destroyed
It is significant that it is the King’s Hall which is the meeting place of the Tribes, which is what is destroyed by the creative.  In the context of the wider mythology, Fionn is returning to Tara and is immediately faced with a dangerous task.  The King’s Hall is the place where the tribes meet, it is the location where the ‘Fifth Province” is enacted.  Fionn’s task is to restore.  In so doing he is restoring the balancing and integrating function of the Fifth Province.

Some saw in this Fionn story the fire breathing monster as being the neoliberal, libertarian, anti-government ideology of hyper individualism.  The consequence is isolation and loneliness described in Robert Putnam’s study ‘Bowling Alone’. Some made the connection to  the examination of the Myths of the Civil War that is the Battle of Mag Lena (Bard Summer School 2020 write up) where we learned that Conn took Ireland from its ‘Fifths’.

Connection 3 – The Beast sings a ‘Sweet Song’
It is not overt hostility that is the danger. It is not some vengeful tribe that is the threat. No, it is rather a ‘sweet song’.  Modern dangers then come couched in a deceptive way. This then can lower our guard.  But the consequence is every bit as damaging.  This was seen by some as escapism entertainment, distractions, addictions, all ways of drawing the ‘masses’ away from an existential crisis.  Danger as a “sweet song”!  The other point made was that evil can have a banal and familiar face.  Hannah Arendt’s report on the Trial of Eichmann, entitled “a Report on the Banality of Evil’.

Connection 4 – Staying awake hurts
The symbolism of Fionn with his forehead resting on the sharp point of a spear as a reminder that ‘staying awake’ can hurt!  Going to sleep with all the others is the easy path.  You can’t just decide to stay away (“get woke”) you have to work at it.  The spear to the forehead suggests risk, pain, danger and is symbolic of the emotional pain of facing hard truths about life, self and the world.

Connection 5 – Nature of the fiery beast
One of the mythical resonances was with the Beowulf myth where Grendel is the ‘beast’ that is destroying the Mead Hall.  John Gardner has written a book from the perspective of the beast entitled ‘Grendel’.  We could do the same, was one of the comments,  with the beast in the Fianna story.  And in this regard we might come to understand exactly what is the nature and intention of the ‘fiery beast’?

Connection 6 – Joining the Fianna
The story of the King’s sons spelled out clearly the choice between two ways of life, two ideologies: the materialistic and the trusting, the ideology of acquisition and the ideology of trust, and trust of nature.  It is clear the Fianna identify with the land, with nature and with the environment.  The obvious connections here were with the social/political problems caused by natural destruction (of the earth) the need to protect and respect and the Fianna skill of walking ‘light on the earth’ (not breaking any twigs).

Connection 7 – Cúchulain and Fionn MacCumhail
The point of comparison was made between Cú Chullain as the hero within the tribe and Fionn as the hero outside the tribe, the figure who occupies liminal space.  Cú Chullain as the cultural hero whose role is to defend what exists from the outside attack. Fionn is more part of a liminal, rite of passage hero who marks a passage from boy to man.

Other obvious differences were noted. While Cú Chullain stands out as a pure warrior the Fenian tradition includes other important dimensions and skills. The Fenians included  wisdom, and one of the early stories being the salmon of knowledge. It also meant  absorbing many books of poetry, This is a warrior bard.  Clearly what we have here is two markedly different cultural heroes. The hypothetical question was made asking, could Ireland have achieved independence by means of the Fionn energy route rather than a Cúchulain one?

Connection 8 – Sucking the Thumb
Fionn and the sucking of the thumb has obvious connotations of the ‘child’.  Here we have wisdom portrayed as having a child archetype dimension, that is seeing the world through the unencumbered lens of the innocent.

The other familiar reference is the “emperor’s new clothes” story where it is the child who sees, but also is the one that states what they see, so clearly. It is as if  Ireland’s ancient wisdom recognises this clearly in the “thumb sucking”!

Connection 9 – The Samhain Festival
An interesting point and interpretation was made that the beast is coming from outside and at a time when things are open to the otherworld. This then was seen as being a visitation  from the unconscious and represents repressed psychological energies.

One comment was that perhaps there was  a burning ceremony at Samhain to cleanse, burn away, release. And speculated that maybe the people forgotten the Samhain rite and ritual?  So was this a reminder to return to a natural balancing ritual that was in the ancient calendar. Except that the fire ceremonies are more associated with the May Bealtaine Festival!